All Posts in Category: Lifestyle

The National Institutes of Health (NIH) report that 10 percent of Americans will struggle with a substance use disorder at some point in their lifetime, there is a small chance that you, a friend, a loved one, or a future loved one could develop one in the future. For some, this is a deal breaker. But it’s not always that black and white. What if a substance use disorder occurs years into a marriage, or your significant other relapses? That’s what we’re tackling today; the stigma behind dating an addict — both the good and the bad.

If your partner is battling substance use disorder — a drug addiction — then you know how strenuous it can be for them, for you, and for your relationship. Of course you want to do everything you can do for them, but sometimes you may feel lost. We at Direct2Recovery want you to know that you’re not alone. We’re here to help you too while your loved one is going through addiction treatment. Today’s blog is a great place to start.

There are many things you should do not if you’re pregnant, trying to become pregnant, or if your significant other is expecting. One of those things is taking opioids. Today, we’re going to talk about how opioid use during pregnancy affects everyone regardless of who takes it.

Addiction is complicated. So many things can cause it, and so many things can’t. There are a multitude of myths and misconceptions surrounding addiction, so let’s get down to the truth. That’s what we’re addressing in today’s blog: what causes addiction. More specifically, what causes drug addiction? 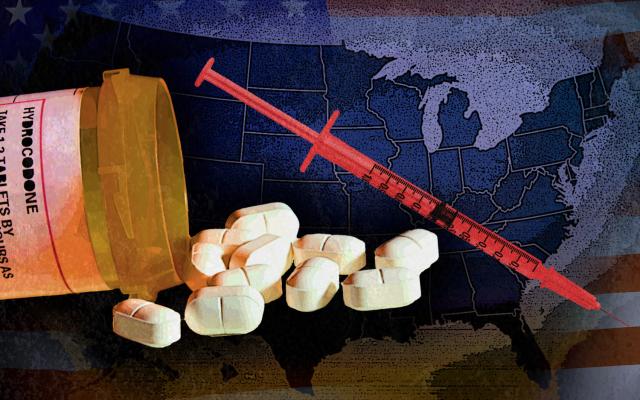 This off-the-cuff remark is not enough to mobilize disaster relief money to regions dealing with the crisis. But Trump said the documents required to make his declaration official are forthcoming. Describing the crisis as “a serious problem, the likes of which we have never had.”

“You know, when I was growing up they had the LSD and they had certain generations of drugs,” he continued. “There’s never been anything like what’s happened to this country over the last four or five years.”

A week earlier, the White House Commission on Combating Drug Addiction and the Opioid Crisis, which the president established by executive order on March 29, had recommended that Trump declare a national emergency.

“Your declaration would empower your Cabinet to take bold steps and would force Congress to focus on funding and empowering the executive branch even further to deal with this loss of life,” wrote the commission, which is headed by New Jersey Gov. Chris Christie. “It would also awaken every American to this simple fact. If this scourge has not found you or your family yet, without bold action by everyone, it soon will. You, Mr. President, are the only person who can bring this type of intensi­ty to the emergency. And we believe you have the will to do so and to do so immediately.”

The National Emergencies Act of 1976 authorizes the president to declare a national emergency that will activate special powers granted by other federal statutes. The law does not provide any emergency authority of its own.

The Public Health Service Act was enacted in 1944 to stop the introduction and spread of transmittable diseases from other countries to the United States. It was amended many times over the years to address a host of health issues, including drug abuse.

The Stafford Act, which was signed into law in 1988, amending the Disaster Relief Act of 1974, helped to establish a system for providing federal natural disaster assistance, especially FEMA programs, to state and local government.

National emergencies are typically declared in the aftermath of a national disaster or terrorist attack rather than a long-term health crisis. The specifics about what resources will be mobilized to help fight the epidemic were not immediately clear.

According to Duhaime’s Law Dictionary, though the Constitution secured presidential authority for declaring national emergencies, there was no process on the books for ending one until the 1970s.

In the case of U.S. v. Bishop, the U.S. Court of Appeals for the 10th Circuit noted that U.S. presidents had declared national emergencies in 1933, 1950, 1970 and 1971 but none was ever revoked. Therefore, the court said, a “national emergency must be based on conditions beyond the ordinary. Otherwise it has no meaning.” As an example of something that does not qualify, the court said the long-term threat of the Soviet Union’s imperialistic ambitions does not validate placing the U.S. in “a constant state of national emergency.”

“‘Emergency’ means any occasion or instance for which, in the determination of the President, Federal assistance is needed to supplement State and local efforts and capabilities to save lives and to protect property and public health and safety, or to lessen or avert the threat of a catastrophe in any part of the United States.”

“‘Major disaster’ means any natural catastrophe (including any hurricane, tornado, storm, high water, winddriven water, tidal wave, tsunami, earthquake, volcanic eruption, landslide, mudslide, snowstorm, or drought), or, regardless of cause, any fire, flood, or explosion, in any part of the United States, which in the determination of the President causes damage of sufficient severity and magnitude to warrant major disaster assistance under this chapter to supplement the efforts and available resources of States, local governments, and disaster relief organizations in alleviating the damage, loss, hardship, or suffering caused thereby.”

When contacted by Yahoo News to discuss specific solutions, Christie’s press secretary, Brian T. Murray, said, “The only individuals able to discuss the commission’s work are the commission members.”

After Trump’s declaration, Christie released a statement thanking the president for accepting his commission’s recommendation.

“As I have said before, I am completely confident that the president will address this problem aggressively. And do all he can to alleviate the suffering and loss of scores of families in every corner of our country,” Christie said.

During his inaugural address, Trump vowed to stop the carnage of “crime and gangs and drugs that have stolen too many lives and robbed our country of so much unrealized potential.”

Drug overdose is the leading cause of accidental death in the United States. Christie’s commission wrote, “America is enduring a death toll equal to September 11th every three weeks.”

The American Society of Medicine reports that there were 52,404 fatal drug overdoses in 2015 and that opioid addiction is fueling this crisis: 20,101 deaths involved prescription pain relievers and 12,990 deaths involved heroin. According to the Centers for Disease Control, the number of opioid overdoses has quadrupled since 1999.

While declaring the national emergency, Trump said that the opioid crisis stretches far beyond the United States’ borders.

“And I have to say this, in all fairness,” Trump said on Thursday. “This is a worldwide problem, not just a United States problem. This is happening worldwide. But this is a national emergency, and we are drawing documents now to so attest.”

Calling it a worldwide problem seemingly downplays the specific problem of opioid use and addiction in the United States. Which has been largely fueled by the pharmaceutical industry’s push for widespread pain prescriptions.

Deni Carise, a clinical psychologist and the chief clinical officer at Recovery Centers of America, said the modern opioid epidemic can be traced back to Purdue Pharma’s mass marketing push for Oxycontin in the mid-’90s.

“That’s since been found to be unethical. They were fined $364 million in 2007, which they paid, but that’s kind of like you or I paying $6,” Carise told Yahoo News.

Meanwhile, she explained, the American Pain Association had urged doctors to accept pain as the “fifth vital sign” to monitor. Along with body temperature, blood pressure, pulse and breathing rate.